Leave Us a Review >> 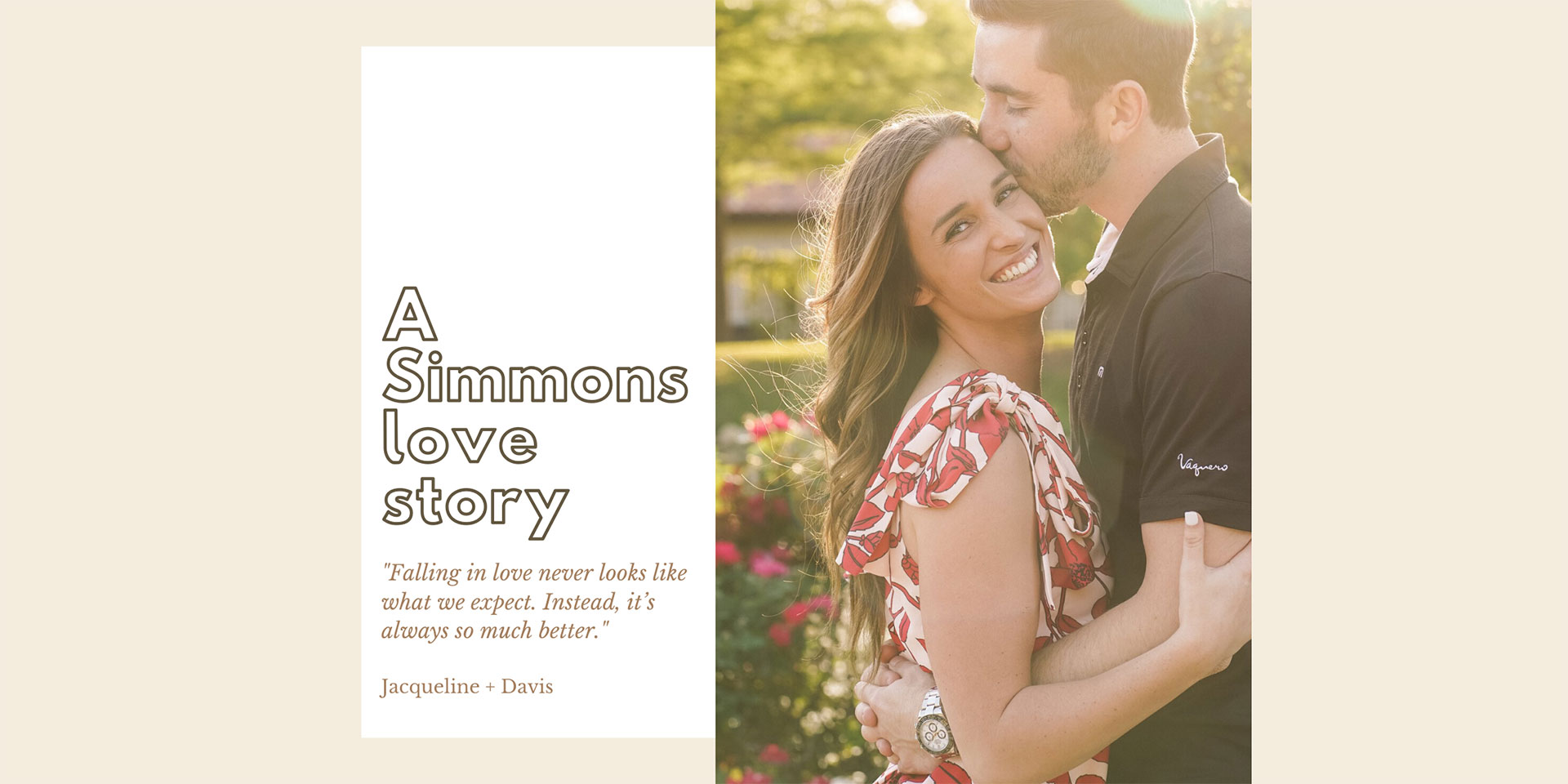 Falling in love never looks like what we expect. Instead, it’s always so much better.

When Jacqueline met Davis, sparks flew. But rather than jumping right into a relationship, they began a sweet friendship. Davis was Jacqueline’s go-to guy for everything from giggle-fits to deep conversations before one day, they decided they were each other’s person.

Jacqueline and Davis dated for 4 months when Jacqueline and her family flew from Dallas, Texas to Boise, Idaho for a spur-of-the-moment trip. While visiting, Jacqueline visited Simmons Fine Jewelry where her cousin, Anjel, worked. During her visit to the store, Jacqueline couldn’t keep herself from looking at some rings.

Jacqueline had a sense of what she wanted her engagement ring to look like, but she had never tried any on. Anjel suggested she try on anything that caught her eye- whether it seemed like “her” or not. After trying on about 15 rings, she found her way back at Hearts on Fire, the world’s most perfectly cut diamonds.

When Jacqueline tried on the Hearts on Fire “Transcend” engagement ring, she knew she had found the one. She was so drawn to the sparkle of the Hearts on Fire diamonds and sparkle from the ring instantly lit up her face. She and her cousins let out a squeal of excitement as she said “Oh my gosh! This is it!”

After snapping some pictures and videos of her ring, she gave the gorgeous Transcend engagement ring back to Anjel, hoping that one day, she’d see it again.

A couple of weeks later, after Jacqueline and her family had flown back to Dallas, Anjel received a text from Davis. The text was thrilling as it simply asked, “Do you still have this ring?” along with the video of the ring Jacqueline had taken during her trip to Simmons Fine Jewelry. Thankfully, the Hearts on Fire Transcend was still available, but after learning more about Hearts on Fire and how incredible the diamonds were cut, Davis decided he wanted to upgrade Jacqueline’s dream ring to a 1.5ct Hearts on Fire center. The Transcend engagement ring went from beautiful to absolutely gorgeous!

The night of the proposal, Davis had set up a beautiful scene with candles and pictures of him and Jacqueline. He read a lovely letter that he had written for her before getting down on one knee. Jacqueline freaked out when Davis asked her the question she had been waiting to hear, but when she saw the ring, she screamed out “Yes!” and jumped in his arms.

After the proposal, Jacqueline was surprised with an engagement party including all of her close family and friends. Davis and Jacqueline spent the night surrounded by love and celebration as they were officially engaged to be married.

Jacqueline and Davis will marry in September 2020 in Northern California. They are a lovely couple who radiate joy and hope and love and Simmons Fine Jewelry is so thrilled to be a part of their special engagement story.

Did you know that Simmons Fine Jewelry ships everywhere in the world! With free shipping and tax-free purchases, you can celebrate the ones you love with the world’s best jewelry! Shop our best selling brands like Hearts on Fire, Roberto Coin, John Hardy, Breitling, and more!

This website uses cookies to improve your experience while you navigate through the website. Out of these, the cookies that are categorized as necessary are stored on your browser as they are essential for the working of basic functionalities of the website. We also use third-party cookies that help us analyze and understand how you use this website. These cookies will be stored in your browser only with your consent. You also have the option to opt-out of these cookies. But opting out of some of these cookies may affect your browsing experience.
Necessary Always Enabled
Necessary cookies are absolutely essential for the website to function properly. This category only includes cookies that ensures basic functionalities and security features of the website. These cookies do not store any personal information.
Non-necessary
Any cookies that may not be particularly necessary for the website to function and is used specifically to collect user personal data via analytics, ads, other embedded contents are termed as non-necessary cookies. It is mandatory to procure user consent prior to running these cookies on your website.
SAVE & ACCEPT